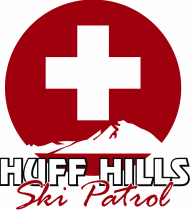 On March 28, 2017, the Huff Hills Ski Patrol welcomed six new ski patrollers to the staff. Training for the class of 2016-2017 began in October 2016, and finished with a round of testing and practical exams that completed on Saturday, March 18, 2017. Congratulations to the new patrollers!

Our own Brian Beattie was featured in the January/February 2016 issue of local "Be Magazine". Check out what Brian does in his "spare time," helping out in other areas of our community.

Congratulations to all the award winners for their hard work and dedication to the Ski Patrol and its creed of "Service and Safety".